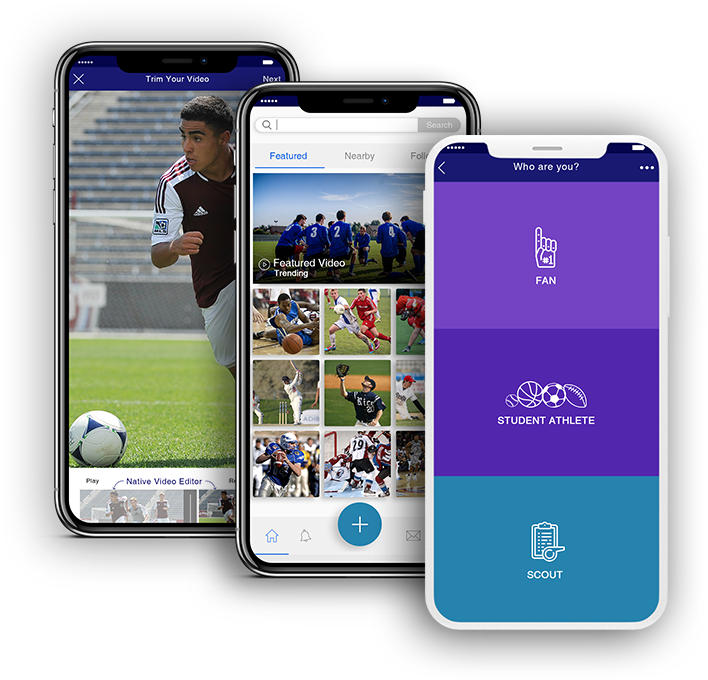 Cleatchaser today announces the launch of its first mobile app, connecting athletes of all ages and levels with scouts and recruiters. The app’s social-based platform provides rising athletes with the opportunity to showcase their abilities, allowing them to move one step closer to their dream of competing at the collegiate and professional level.

Cleatchaser’s free mobile sports app is designed to showcase athletes’ skills, get discovered by recruiters, cheered on by fans, and advance their athletic careers. The app has three user interfaces:

The most popular videos, uploaded by athletes from around the world, are ranked and broadcasted on a Featured Page. In addition, the app’s radial filter shows where in the world the videos are being uploaded from.

For a young and ambitious athlete, getting recruited is the end goal and the start of their professional career; however, with a busy schedule of juggling training and school, for many, it can become difficult to find time to connect with scouts. Coaches and staff often focus on exposing their top players, and hiring a middleman service (e.g. Hudl) can be an expensive and even unaffordable alternative for most growing athletes. On top of this, athletes end up having to also spend money on travel and entry admissions into showcases, events and games, all for a slim chance of catching the eye of a scout who has also spent energy to be there.

As a result, the recruitment process and path to becoming a professional athlete is restricted to many and has over the years been monopolized by organizations such as the NCAA. Cleatchaser, however, is ready to level the playing field. The app aims to showcase, cheer and discover rising athletes, and assist verified scouts around the world in finding promising athletes – all for free.

“Cleatchaser understands that it’s not always the best athlete who gets recruited, but at times the more well known one,” said Antonio Ardila, CEO and founder of Cleatchaser. “Through the Cleatchaser app, an athlete’s talent will never again suffer from a lack of exposure.”

The app is currently available for iOS and the Google Play store.