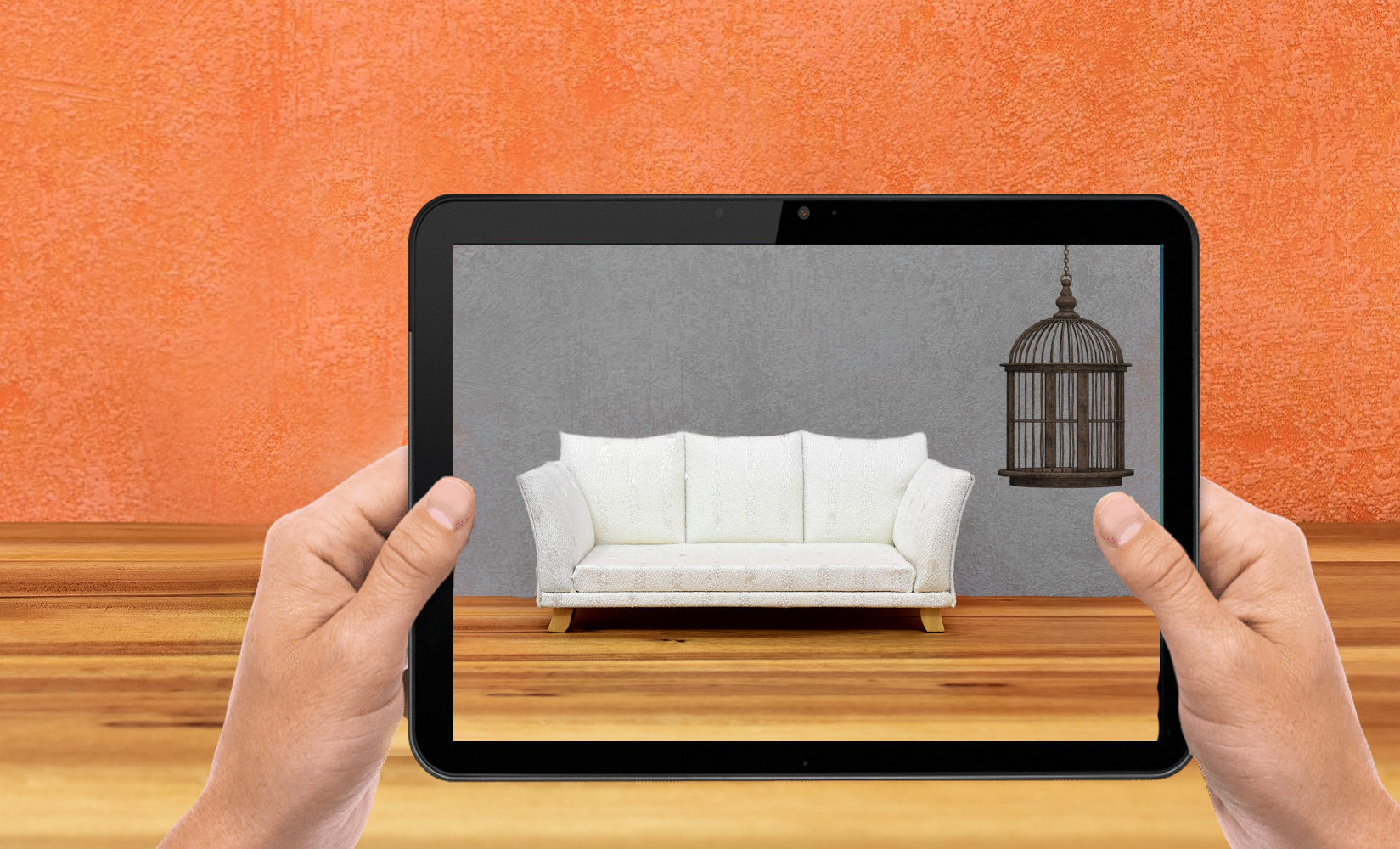 With the help of an interior designer, or going it alone, decorating your home always brought with it the risk of things not coming together the way you had envisioned – the lampshade didn’t actually fit the color scheme, the coffee table was too tall for your sofa, everything ended up too cluttered.

But interior design, thanks to a couple emergent technologies, is quickly being transformed. First on the scene, has been virtual reality (VR) technology. Whereas the mind’s eye and 2D drawings have their limits, VR hardware and software – like Facebook’s Oculus Go and Decorilla’s VR app – now allow shoppers to step foot into a digital model of the room they have in mind and make a decision they won’t regret.

And this year, as Consumer Technology Association’s (CTA) Steve Koenig recently predicted at CES 2018, augmented reality (AR) is poised to further revolutionize the interior design industry. Without ever bringing a piece to your home, the AR apps in development will allow you to virtually ‘place’ furnishings in your home, eliminating the guesswork entailed in finding that one piece that ties the room together.

Augmented reality is the technique of overlaying computer graphics onto a user’s view of the physical world. In the case of the new IKEA Place app – one of the first implementations of AR tech in the interior design industry – users aim their smartphones at any spot in their home or office, and virtually place an IKEA item just where they want it. On their screens they’ll see the 3D, true-to-scale furnishing, just as it will look – no guessing, no measuring, no ordering and shipping back, no transporting back and forth from the store.

“VR tech is ideal for envisioning how many pieces can look together,” says Agnieszka Wilk, co-founder and CEO of Decorilla, an online interior design service connecting shoppers with professional interior designers that deliver curated 3D and VR design concepts.

“AR, on the other hand, allows clients to overlay a realistic object to scale in their existing environment. It is great when users are trying to envision how one piece (like a work of art or a sofa) will look in their existing room, so it’s perfect for finishing touches.”

Investment in the two rapidly growing technologies set a record of more than US $3billion in 2017, with one estimate predicting overall spending on AR/VR products and services to reach US $215 billion by 2021. Even still, forecasts for growth in AR have typically been even higher than those for VR.

“I’m seeing most major retailers now launching or developing their own AR apps,” says Wilk. “I think that in 2-3 years if a retailer doesn’t have an AR app they will be at a disadvantage because customers are going to come to expect it.”

In what may be the year that AR technologies begin to be incorporated in our everyday lives, it will almost certainly transform interior design in particular. In addition to IKEA, Lowe’s and Pottery Barn have introduced AR catalogues late last year, built with Apple’s ARKit, a platform for developing AR apps for iPhone and iPad. And a number of startups like Decorilla will be developing AR apps to complement the streamlined interior design services they provide.

-This article was first seen on The Sociable.