Phoenix Business Inc. and Fuji America Corporation announced via a press release that they have successfully completed the integration of a 9 month project to implement SAP Enterprise Application System.

Serving over 400,000 companies worldwide, SAP is the globe’s largest provider of enterprise software. More than 92% of the Forbes Global 2000 companies use SAP for its core technology backbone, while notably, 80% of SAP’s customers are small and mid-sized businesses.

To support its clients with implementing, running and maintaining applications on the SAP infrastructure, the German-origin group has a huge ecosystem of service providers comprising consulting firms, systems integrators and managed services providers, in addition to others.

In a statement Vikas Pathak, Director of Operations of Phoenix Business Inc., said that “This project was complex and had many moving parts. The project was successful because of its joint dedicated Phoenix and Fuji America team who were committed and moved forward in lockstep every phase of the project.”

“Fuji took ownership early on the project and with the Phoenix experience and skills was able to complete the project successfully”. 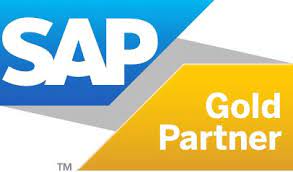 Tom Zabkiewicz, Executive Vice President of Fuji, credited the Phoenix team in a statement for developing a realistic transition plan and successfully completing the project in September of 2020.

This technology marked a significant milestone in Fuji America’s Modernization initiative and was a strategic move they realized they needed to make in order to provide their end users with support.

Fuji Corporation is a global manufacturer of state of the art systems, and helps with the development, manufacturing, and sales of SMT machines, assembly machines, and machine tools.