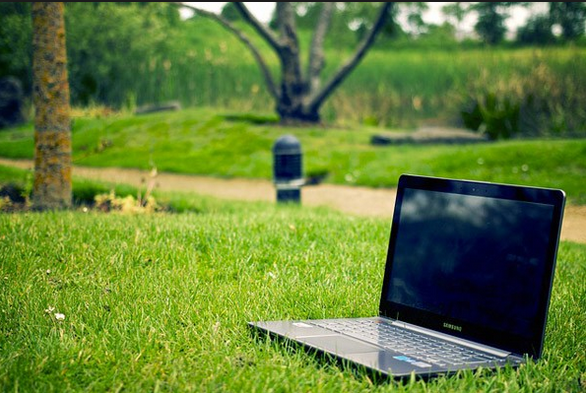 New sunglasses brand NoonWear has launched NoonWear Ones, the sunglasses that help owners of LCD screens, like laptops and tablets, use their devices outdoors.

As anyone who has ever tried to use a computer outside will know, glare from the sun can drastically reduce screen visibility. Unfortunately, putting on a pair of traditional sunglasses can go too far to the other side of the spectrum, as lenses are too dark to view work. That’s where NoonWear sunglasses come in. The company uses innovative technology to create sunglasses that provide clear vision and simultaneously protect wearers’ eyes from damaging ultra violet (UV) rays.

These new sunglasses stop screen users from being cooped up in their offices when they can be enjoying the weather outside. After all, who hasn’t been stuck at their desk wishing they could escape outside? With NoonWear, working by the pool, at the beach, or in the park on a summer’s day is no longer just a dream – it’s a reality.

“NoonWear sunglasses provide traditional sunglass light protection and UV ray blocking, but they also let you see your laptop,” said Charles Barr, Co-founder of NoonWear. “We want to bring the LCD generation outdoors and let people use their electronic devices while in the sun.”

Barr co-founded NoonWear with friend and colleague, Michael Harradon. The company launched a Kickstarter campaign to fund the manufacturing of its NoonWear One sunglasses. These shades come in two versions: one for phone or tablet screens and one for laptops. They are precision built to the particular characteristics of a NoonWear owner’s device.

The frames for NoonWear come in a classic, unisex, style. NoonWear is leading the way in this virtually untapped market. “We’ve seen other technology apparel companies falter in developing sunglasses for electronics because they compromise on both aesthetics and technology. The research and design of the NoonWear Ones represents a giant leap past the competition” said Harradon.

“When viewing a compatible electronic display, our sunglasses enable you to see clearly, without significant darkening of the display,” added Harradon. “And even when not viewing a display, the NoonWear Ones can still work like traditional sunglasses.”