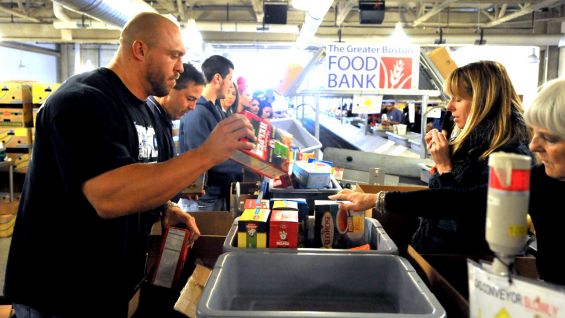 The holidays are almost here, ushering in a palpable feeling of excitement and celebration. At least, for most people. For others, the holiday season is also a time of stress and hunger. Over 40 million Americans live in households where food is scarce, and during the end of the year, their daily struggle intensifies. The startup PawnGuru has teamed up with FoodFinder to lend a hand to those affected. 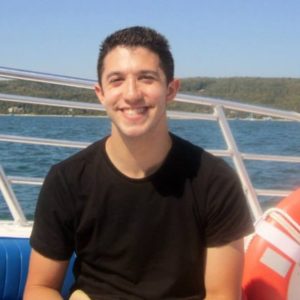 The partnership was conceived when the founder of PawnGurus, Jordan Birnholtz, noticed that traffic to his site spiked before the holidays last year. PawnGuru is a marketplace for people and pawn shops to pawn, purchase and sell items.

Though others might have assumed it was simply a “holiday rush” to buy items, Jordan was astonished to find out the increased traffic was due to the temporary increase of food costs per household, during the end of the year months, which was causing more people to pawn their stuff.

According to data from the United States Department of Agriculture (USDA), 41.2 million people in 2016 lived in food-insecure households.

During holidays, 21 million children who normally get free or reduced lunches every day at their schools, need to be fed by their family. And the increased strain was causing many families to look for alternative sources of income.

The USDA states that most common families-at-risk are those headed by late 20s-mid 30s adults with children. Especially single adults with kids: 31.6% of such households headed by single women, and 21.7% of those headed by single men were food insecure. Most of the adults in food insecure households choose to reduce their quality or quantity of food in order to provide for their children.

Birnholtz discovered that food banks tend to distribute 2-3 times as much food per day over the Christmas holidays. As they have to cover the equivalent of 320 million extra meals in the span of ten days.

For that reason, this year PawnGuru is teaming up with FoodFinder to help people in need find a nearby food pantry. Additionally, PawnGurus site is making it easy for those with the means, to donate during the holiday season. 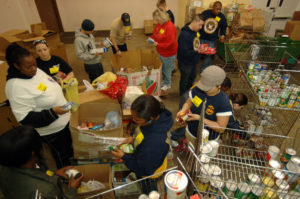 FoodFinder is a registered not-for-profit. Its award-winning app allows food insecure people to find free food assistance programs quickly while reducing the stigma (as nobody is forced to publicly ask where a food bank is located).  FoodFinder makes the resources online available and smartphone-accessible. The app is free and users don’t have to give any details to get access to the information.

Rather than a luxury item, for tens of millions, internet-enabled smartphones are a lifeline. Low- income Americans rely heavily on them for critical everyday necessities like navigating public transit, finding employment, or connecting with daycare services. With the FoodFinder app, in times of need, a meal is just a few taps away.

PawnGuru has also written a guide for those who want to help, reporting the causes of food insecurity and the best ways to help people in need and food banks.

FoodFinder-founder Jack Griffin suggests a good idea would be giving cash to your local pantry. By doing so, they can buy exactly what they need, and to cover the costs of operation, like space and staffing.

However, a lot of people prefer to donate food. For them, FoodFinder recommends donating fresh or perishable products. Most food pantries do have the means to conserve them for a considerable amount of time.

“PawnGuru empowers people in a very tough spot by giving them choice and information. The average price spread between pawn shops is 250%. Even for a small pawn loan, that’s the difference between being able to keep the lights on, or going without power. We wish we lived in a world where people didn’t have financial emergencies. But in the meanwhile, PawnGuru gives them more dignity and support through the process than anyone else,” concludes PawnGuru’s CEO, Jon Polter.