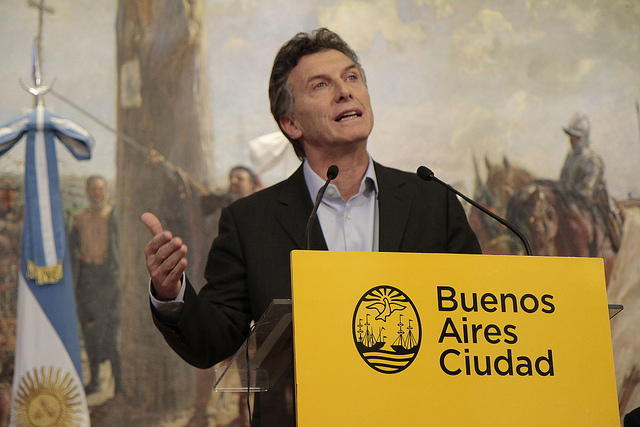 When talking about Buenos Aires a number of things might come to mind. Delicious Steak, fine red wine and an obsession with football to name a few. However, the Argentine capital may have a new accolade to add to its appeal, Entrepreneurship.

The city is no stranger to innovation and startups, given its past successes as MercadoLibre, Latin America’s equivalent of eBay, which launched its IPO in 2007, along with OfficeNet, which was taken on by Staples in 2004. However, despite the country’s fluctuating past, the city’s entrepreneurial success is snowballing, and rising up strong than before.

That is thanks in part to Argentinian President Mauricio Macri who has demonstrated a strong desire to fuel the economy through innovation and entrepreneurship in a number of ways. This is most evident in the recently passed Entrepreneurs’ Law (Ley de Emprendedores).

The new Entrepreneurs’ Law contains numerous measures designed to attract entrepreneurial and investment activity to the country. It hopes to achieve this by improving the ease of doing business, providing new channels of financing, as well as providing attractive new tax breaks and incentives for those interested in investing in Argentine startups and venture capital funds.

As a result, the new law hopes that by increasing the incentives to establish and conduct business in Argentina they will also increase the number of Digital Nomads and aspiring Entrepreneurs in the city. Consequently, from this, the country hopes to catapult its already well-established startup ecosystem, solidly marking it on the map as a beacon of innovation in South America.

The country’s ambitions are not unrealistic as it has already seen unrivaled success in South America. Argentina is currently home to four out of Latin America’s nine most valuable “unicorn” technology companies.

Moreover, the country has witnessed an incredible growth in investment inflows, which puts it ahead of neighboring Chile and Brazil. Between 2014 and 2016 Argentina also experienced a 214% leap in venture capital transactions.

If this alone wasn’t enough to attract budding entrepreneurs, the city has also announced the launch of IncuBAte, an incubator program run by the Buenos Aires City Government which is calling on startups from all over the world to apply to the program, commencing April 2018.

Successful candidates will receive up to US$30K in financial support, along with expert mentorship, free office space for a year, and a wide variety of networking opportunities.

For many Digital Nomads and Entrepreneurs, the advancement of today’s modern internet has given an incredible amount of freedom to decide where to live and run a company. Thus, deciding where to live and conduct a business can be a difficult choice, given the limitless amount of opportunities and locations around the world.

However, as Buenos Aires continues to develop its ecosystem, both with the help of the government’s proactive initiatives and the local community’s buzzing atmosphere, the appeal of setting up a business in this South American capital is only likely to grow.

In light of this, if you are thinking of establishing a business, it might be worth checking out the beautiful city of Buenos Aires on your next adventure. And for more information regarding IncuBAte and how to apply, you can visit their website. Applications close on 28th December.