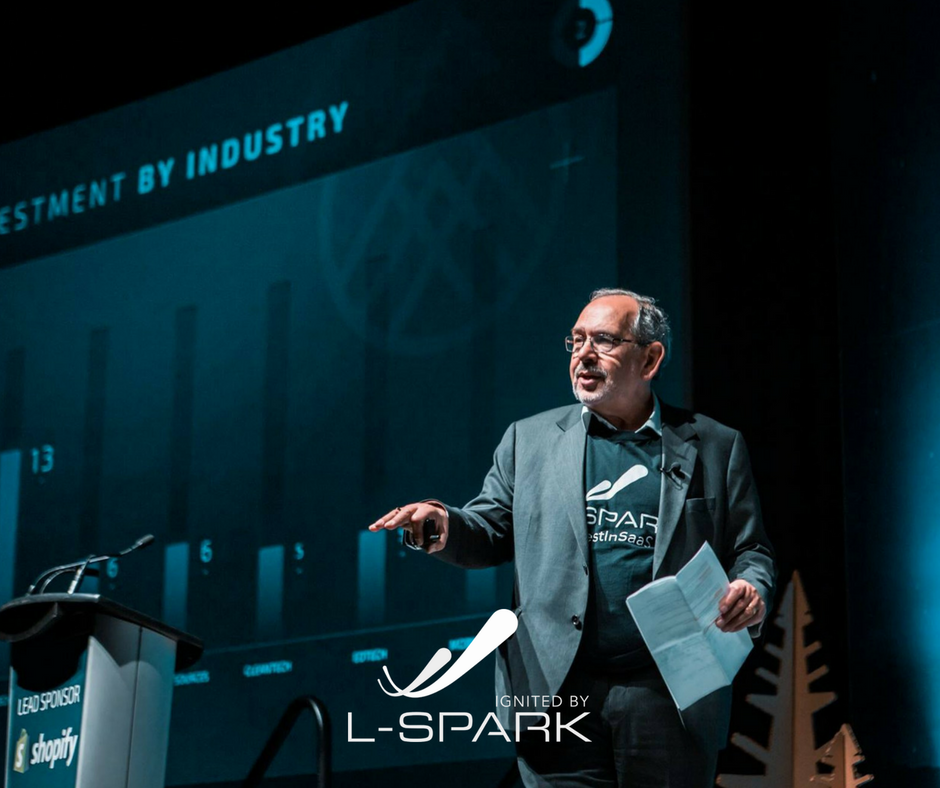 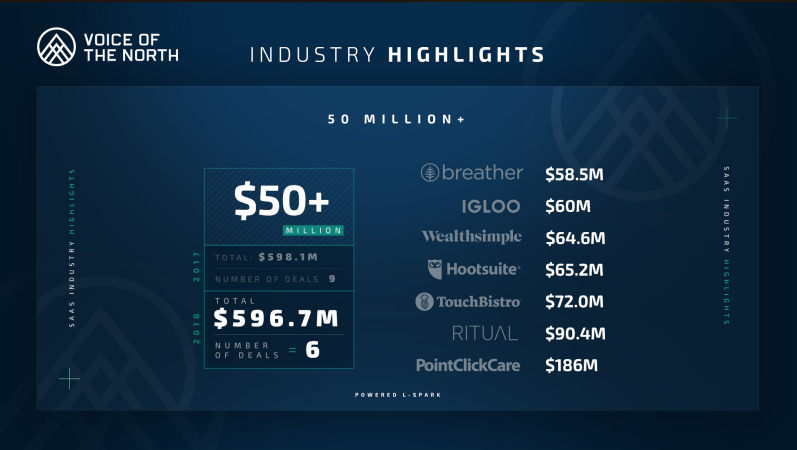 According to the report, the top Canadian SaaS companies that received over $50 million in investments each in 2018 included: 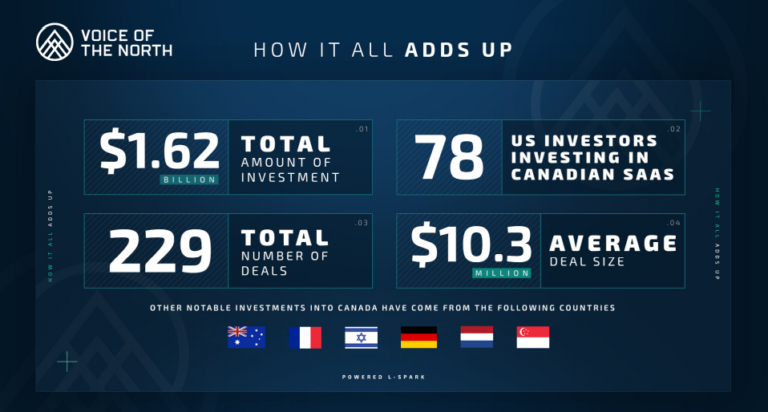 The total investment in disclosed deals in Canadian SaaS companies for 2018 was $1.62 billion with the average deal size totalling $10.3 million out of 229 deals coming mainly from 174 Canadian and American investors, but also including investors from Australia, Europe, and Israel.

Ontario led the way in SaaS company investments with $868.8 million, followed by British Columbia with $234.9 million, and Quebec in third with $132.6, according to deals disclosed to the CVCA and Crunchbase.

The verticals that received the most investment were marketing and sales platforms, followed by mobile apps, according to the L-Spark report.

The release of the report coincided with the third edition of Canada’s largest SaaS conference, SAAS NORTH, which took place November 28-29 at the Shaw Centre in Ottawa.

Co-founded by Cube Business Media, and L-Spark, one of Canada’s largest SaaS accelerators, SAAS North Conference has become the destination for enterprise SaaS and cloud companies to connect with industry experts. As an annual hub for SaaS founders to network and grow, the two-day event promises tactical content and actionable conversations delivered by some of the most experienced leaders in SaaS.

Michelle Sklar, the director of conferences for Cube Business Media, told StartUp Beat in August, “When it comes to SAAS North, from the beginning it’s been about bringing together a diverse and inclusive community from the SaaS ecosystem across the country. That’s something that over time needs to be built. We’re going into our third year.

“Now we’ve got a couple years under our belt. We’ve got profiles, we’ve got traction, great reviews and awesome experience for people. The opportunity to get involved in SAAS North is now on more peoples’ radar, which makes my job easier.”

Sklar added, “The depth and breadth of the companies and founders that are in Canada are amazing. Canada is still flying under the radar for how thriving and dynamic our tech ecosystem is. For SaaS North, for example, 70 percent of the attendees are SaaS companies and, of that, more than 50 percent are from companies with more than 50 employees.”

Its collective goal is to scale Canada’s Best in SaaS to 10x revenue growth. L-SPARK is also deeply committed to stimulating innovation in the Canadian technology sector through corporate acceleration, thought leadership, via Voice of the North, and creating a strong SaaS startup community.