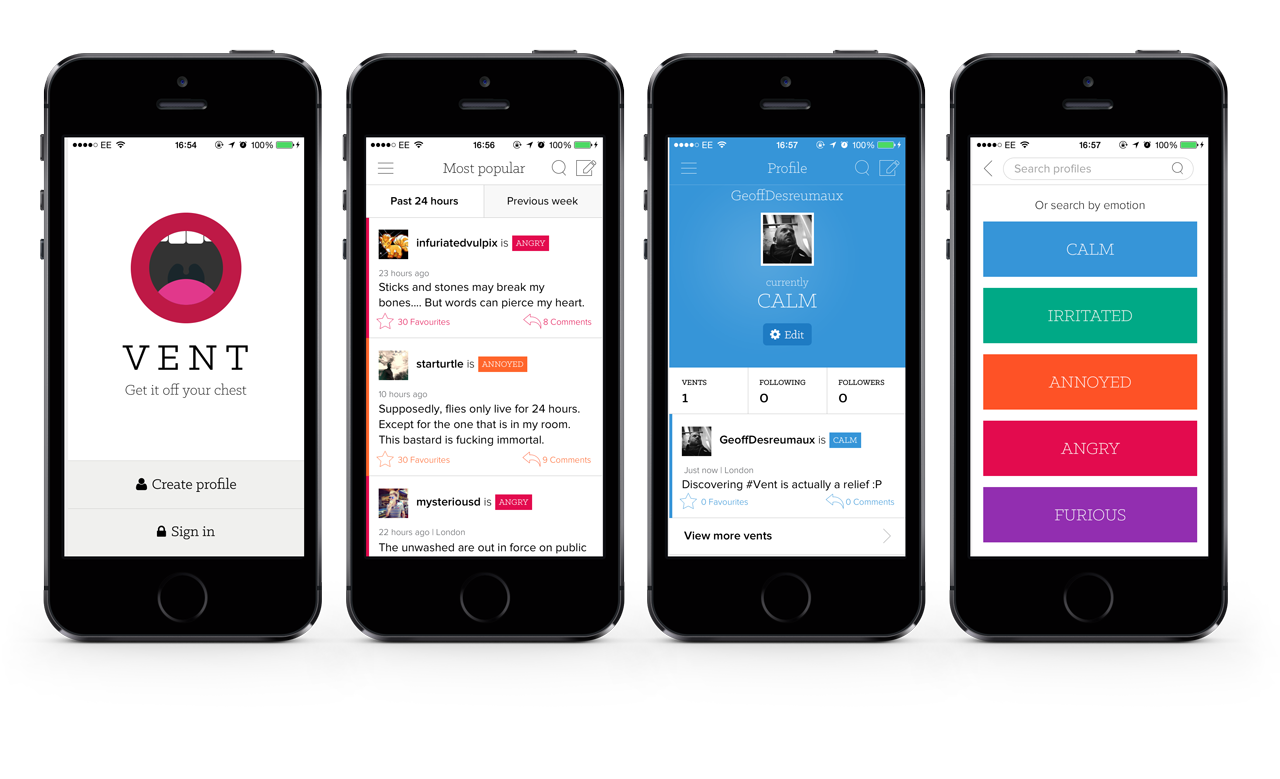 Founded in 2013 by Dean Serroni and Duncan Turner, Vent is a social app that lets you share your frustrations without the fear of being de-friended, called into the principal’s office or upsetting your boss.

Vent is set to be at the forefront of emotionally charged and fun apps that seek to shape the way people interact across an increasingly versatile social networking sphere.

With a “get it off your chest” attitude, the idea behind the app is simple yet effective: give users a chance to share their frustrations with the world and be able to get on with their day without having to worry if they have offended someone.

Counting on a community that is rapidly expanding, users can gain followers and follow back, and search for particular types of emotions — including Calm, Irritated, Annoyed, Angry, and Furious. They may even feel a need to comfort the other person or add their own two pennies to the frustration, making it a worldwide communal vent.

In its current form, the Vent app is one of the most emotionally effective and fun applications on the market. The platform’s massively entertaining feed — constantly refreshed with new heartfelt, insightful and at times hilarious complaints about anything and everything — can place life in perspective for the user who in the end may not need to vent after all.