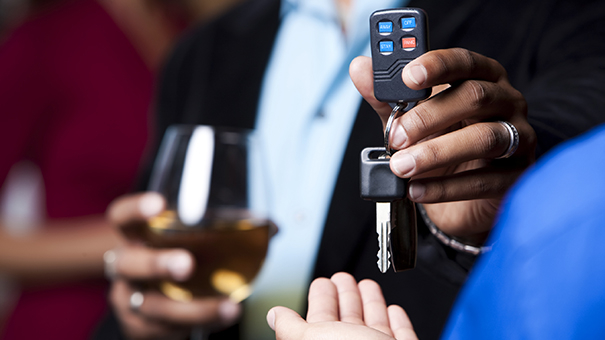 Just in time for the 2018 Consumer Electronic Show (CES) in Las Vegas, automotive navigation systems company Sygic is unveiling a new alcohol calculator feature for its navigation app, designed to keep drivers from driving impaired. The Slovakian company aims to turn heads in Vegas, and to provide its 200 million users worldwide with a pioneering safety feature taking aim at the global epidemic of drinking and driving.

If you’re a Ford owner with the Sync 3 infotainment system, the next time you get in your car after 10PM the Sygic Car Navigation App is going to ask you if you’ve had any drinks that night. If the answer’s ‘yes,’ it’ll ask your sex, weight, the number of drinks you’ve had, and the time since your last drink. Based on these answers, the app will approximate your blood alcohol concentration (BAC) and suggest whether you’re safe to drive.

The app looks to tackle a persisting global problem. In 2015, 10,265 people were killed in alcohol-related driving accidents, accounting for nearly one-third (29%) of all traffic-related deaths in the United States. In the same year, nearly 1.1 million drivers were arrested for driving under the influence of alcohol or narcotics – and that number accounts for only one percent of the 111 million self-reported episodes of alcohol-impaired driving among U.S. adults each year.

The app joins a list of safety features integrated into Sygic’s navigation apps, including Head-up Display for safe night driving and automatic speed limit warnings. It will be available free of charge to iOS and Android premium users, and for MirrorLink 1.1., HondaLink App, and Jaguar and Land Rover InControl™ Apps in the coming weeks.