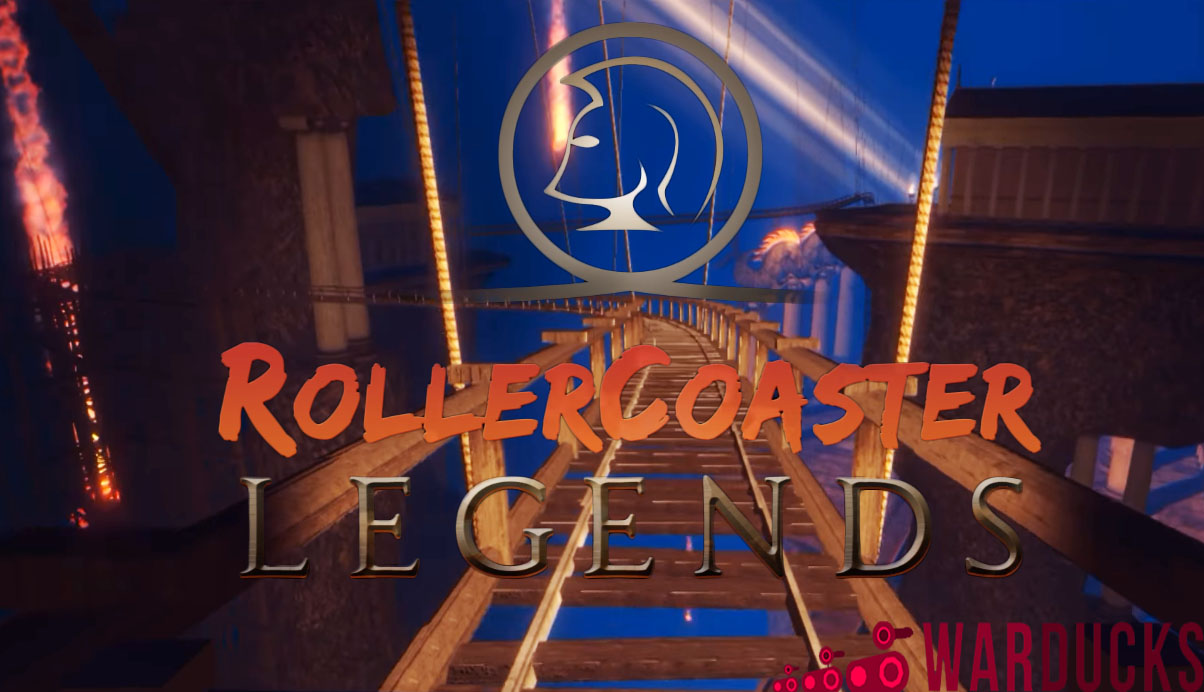 Dublin, Ireland November 2017 – WarDucks, Irish based game development studio, have announced their next project, RollerCoaster Legends, a mythology based rollercoaster featuring icons from Greek mythology, including the Minotaur, Kronos, and Hades.

Players will speed through various mythical scenes and encounter enchanting characters all along daring drops and turns. The experience will be released on Oculus Rift, HTC Vive, and PlayStation VR and is expected to be released in late December. A teaser trailer here available here.

WarDucks has plenty of experience designing games for the virtual reality market. The studio released their first game for PC/Console VR devices at the end of August, Sneaky Bears, a shoot ‘em up where players must save the world from evil teddy bears.

While VR roller coasters are not uncommon on gaming platforms such as Steam, there is a large lack of coasters for PSVR; On the rails horror shooter Rush of Blood, and RollerCoaster Dreams are the only two titles available on the store. Thus, RollerCoaster Legends provides a novel offering which will appeal to rollercoaster fans and those wanting a unique experience within VR.

Nikki Lannen, CEO of WarDucks, said of the new release “We love rollercoasters here at WarDucks but felt what is out there is lacking in certain ways. Many of the rollercoasters available are not focused on a virtual environment and are simply badly built replicas of what is available in real life. We feel as though we have built something which gives the thrill of a rollercoaster but also provides an engaging, interesting experience at the same time.”

WarDucks, having released 3 Top Selling Virtual Reality titles previously including a rollercoaster, are well placed to build something solid in this genre. They have all the ingredients so it should make for an interesting ride.

WarDucks aims to be a leading game developer in the virtual reality market. With some of the most talented and experienced developers in the industry, the team is bringing its customers’ dreams to life by releasing fun and immersive games across various leading VR platforms such as Samsung and Playstation. In aiming to be the most people-centric game development studio in the world and with releases such as the Samsung hit, SneakyBears, it hopes to bring the wonders of VR to the masses.