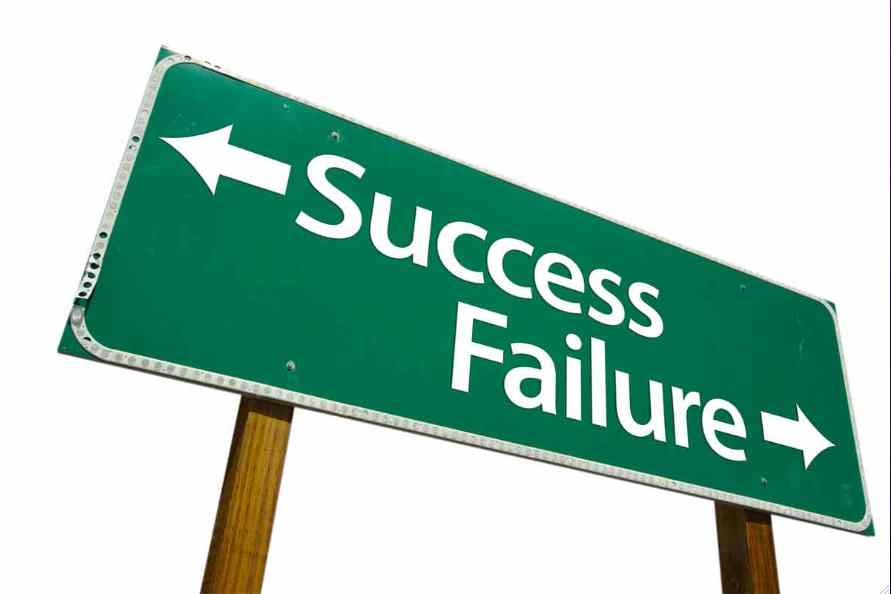 Most of us experience fear every single day. While some people spend their whole lives avoiding fear, running away from it any way they can, others decide to take it on, fight against it, and develop the necessary skills for overcoming it.

By the very nature of the entrepreneur’s game, fear will become a central force that must be reckoned with. Most of the time, the entrepreneur’s number one fear will be that of failure. What if I don’t succeed? What I’m just wasting my time on a failed idea? These are legitimate concerns, they must be addressed in a rational, controlled manner because without a rational approach, fear takes over, and will leave its victim debilitated.

We spoke with some entrepreneurs about what strategies they have used to overcome their fear of failure and continue on towards their goal of building a successful business.

“You can’t act on fear as it will only generate suboptimal results.  Failure is part of entrepreneurship. Don’t act on fear. Wait until you can act on peaceful mind.”

“Failure is an integral part of starting a company. As a matter of fact many companies do not make it, however there is two perspectives of what that means. What you read in the press a lot is that only 1 in 10 startups make is from an investors point of view. For them making it means a great multiple of their investment could be paid out (in order to pay for the investments that did not make it). However for founders that’s the wrong perspective. More than half the Start-ups actually survive over a longer period of time and even though many of those never make it to a multi million dollar exit, they are still successful companies in their own right. So face the risk of failure, but be aware that odds are better than they appear.”

Rolf Ritter, People As A Service

“Failure is part of the process and is a variable in almost every successful story. Embrace the reality that failure will happen on some level at some point. Accepting will help decrease and/or remove the fear of failure.”

“There is no such thing as failure. Every misstep in business is a learning opportunity for the next venture. I think failing early is good and ultimately prepares you for true success. You may start 5 businesses before you realize a true success; the previous 4 provide valuable real world learning.”

“You will fail. Failure wether big or small is part of the journey. In the words of Mark Cuban – “you only need to be right once” Accepting the discomfort and acceptance that comes with failure will go a long way. Its very important in business that you have a strong mindset. Mindset is everything. Before you invest in anything, invest in having the right mindset.”

“Sometimes fear is a way-finding sign for us.Make good use of that fear.

If the fear is holding you back, try writing down every possible ways of failure (money issue, people problems, bad design, big company copying…) and make actionable defense plan against them: funding plan, find trust-worthy partners, putting enough time on design, an so on.

And by the way, the most common failure is giving up half-ways.”

“You will fail. Many times. Accept this. Failure is the greatest opportunity you will ever have to learn something new about yourself or about your business. Its a far greater crime to not try than it is to fail, and until you do fail you have no idea where the limits really lie. The key is to avoid the truly fatal mistakes, but often if you think of it in terms of “will this decision potentially kill my business?”, its quite obvious to identify them and make them with eyes open.”

“Fear of failure is often fueled by uncertainty.  Here are 3 things you can do as an entrepreneur or prospective founder to curb your fear of failure:

1. Learn all that you can about the industry you are trying to penetrate. Knowledge is power – the more you know, the more confident you will feel in making key decisions for your business.

2. Question everything! Once you’ve completed your research, ask questions. Questions are often the gateway for innovation. They will lead you think about things differently and will aid in confirming whether or not you’re on the right path.

“I actually think that fear of failure, like anger, can sometimes be motivating. In fact, fear of failure is probably my greatest fear… But if your fear is crippling then it’s useless and detrimental. To overcome such fear I would recommend changing your perspective to appreciate that all failure is temporary and failure is also subjective and context-specific. Things that seem like failures up close and in the moment often turn out to be temporary setbacks in a broader journey once you have some distance and perspective.”