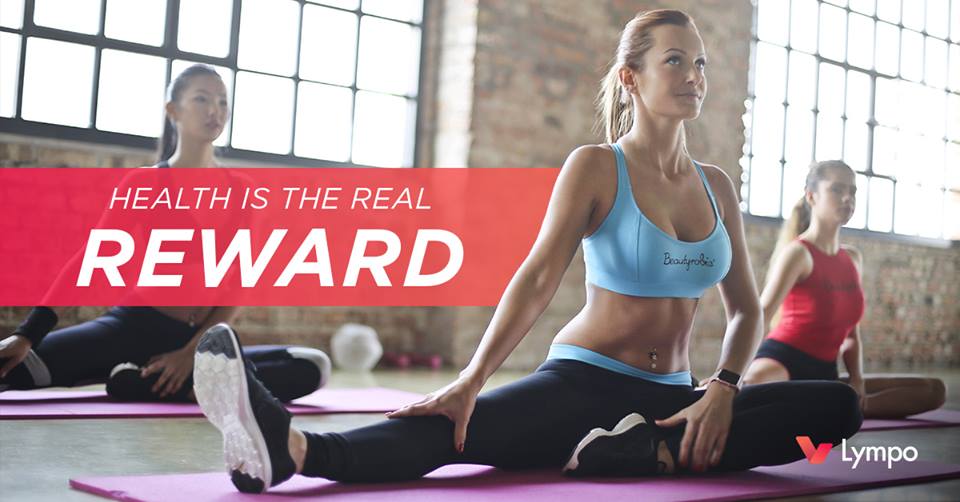 Mark Cuban, owner of the Dallas Mavericks, together with Tony G, acting CEO of Lympo, have announced the official launch of Lympo, the nation’s first blockchain fitness app, and the first of its kind that rewards users with crypto tokens holding real monetary value that can be exchanged for premium products within its own in-app Lympo Shop. The free application pioneers a revolutionary new concept in wellness and personal technology.

Speaking today from the Lympo Practice Facility for the Dallas Mavericks, the heads of both partnering organizations introduced the newly launched app, as the first of its kind to use blockchain technology combined with fitness gamification to reward users for walking and running towards a healthier way of life. Those who subscribe to an active lifestyle and are ready to Walk. Run. Earn with Lympo, are invited to download the free app and learn more at http://Lympo.com.

With the help of blockchain technology and fitness gamification, users are rewarded with LYM crypto tokens through the Lympo app for completing simple walking and running challenges. These tokens have monetary value and can be used to purchase sports and fitness products by today’s leading brands in the Lympo Shop – the first online store to accept fitness token payments. Lympo is developing the option to sync data with various fitness and health tracking apps and wearables to help analyze and evaluate activities while offering personalized health and fitness advice and bespoke services to the user.

“Lympo is a seamless tool for motivating people to become healthy and adopt an active lifestyle,” says Patrick Brown, acting CEO for Lympo. “By improving the well-being of people around the world and providing tangible incentives through our unique technology, we aim to unite fitness and wellness communities everywhere. Lympo will utilize the data we track on our phones and wearables to reward users for the lifestyle goals they achieve.  We are very excited to debut Lympo in partnership with the Dallas Mavericks, a true custodian in the health and fitness arena.”

The Lympo app offers challenges both by Lympo and its partners – coaches, wellness brands, various health, sports and fitness industry associations or influencers for example. Users can join these challenges, track their walking or running activities and get rewarded with LYM tokens upon completion. A challenge is completed when the required distance is covered. Users can also see the amount of LYM they have in their in-app wallet, including all transactions and the monetary LYM equivalent in dollars or euros. After saving a certain amount of LYM, the user is able to purchase exclusive sporting goods in the in-app store, providing an incentive to complete additional challenges.

“Lympo is all about making positive changes by taking small steps towards a more active lifestyle,” says Dallas Mavericks owner Mark Cuban. “Lympo doesn’t require you to drastically change your daily habits, but it’s a great incentive to gain real rewards, like Mavs tickets and gear, for fitness efforts. Lympo offers a great opportunity for partnering businesses by increasing brand awareness through sponsored challenges, while opening a direct channel of communication with niche sports, health and fitness enthusiasts.” The Dallas Mavericks are Lympo’s founding U.S. partner and will engage fans through unique challenges and rewards through the app.

While the compelling benefits of Lympo’s reward-based platform are self-evident for the user, the application also presents a unique appeal for small, medium and large corporations that are looking to improve customer loyalty. Lympo brand partners are able to attract new and existing customers through the ownership of specific challenges; tailor rewards to encourage specific behavior; access tech-savvy health and fitness enthusiasts within Lympo’s user base, or interact directly with Lympo’s clientele by hosting a series of community-based events, using Lympo as a launchpad.

LYM is a crypto (utility) token, a central part of the Lympo ecosystem, used to reward users for their fitness efforts. The LYM token is also a revolutionary means of payment, allowing its users to monetize their fitness efforts and data. LYM is based on the Ethereum blockchain platform, which ensures the security and the technical stability of the token. Within the Lympo environment, LYM acts as any other traditional currency. The price of LYM is determined by market forces and is constantly changing in relation to other crypto and traditional currencies. LYM tokens currently serve as utility tokens on the platform to buy products on the in-app store. A broader range of healthy lifestyle products and services from Lympo partners will become available, such as personal training sessions or gym memberships, diet and exercise plans and the latest workout accessories. User-generated and user-controlled data will be the driver for the app’s functionality.

Lympo has been actively forming partnerships with elite athletes, including current World Champion discus thrower, Andrius Gudžius, as well as with the top-ranked female tennis player, Caroline Wozniacki, both of whom are Lympo brand ambassadors.

Download the app, select your challenge, and start being rewarded for your fitness goals at http://Lympo.com.