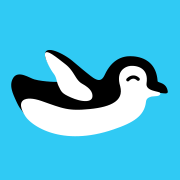 Slide is the first app to use iBeacon Bluetooth Low Energy (BLE) to share images with other users in the immediate area.

Other photo apps rely on an invitation-and-accept mechanism. However, Slide’s use of iBeacon BLE allows photo’s to be shared with other Slide users within a distance of up to 200 feet without needing to ‘friend’ or ‘follow’ other users.

“We believe that your friends are everyone who is immediately around you and we want to connect people in the here and now,” said Slide Co-Founder Jesse Molina.

“Slide’s first-to-market use of iBeacon for social discovery enables people who might have just met to be able to interact with each other,” Molina added. Molina comes from a strong pedigree of app innovators and is the younger brother of Joe Munoz, Co-founder of seminal dating app Tinder.

Slide’s recent launch with ahead-of-the-curve iBeacon technology was designed to beat industry competitors such as Snapchat and Instagram by expanding the way that images can be shared and whom they can be shared with.

Photo sharing app users exchange some 1.8 billion photos each day and, unlike rival apps Instagram and Snapchat, Slide will capitalize on the billions of devices that will be capable of iBeacon technology by 2019. Slide is the only app that enables users to unlock their phones’ potential as a beacon for social discovery. By regularly sharing photos in the same area, Slide lets users form meaningful connections with people who share similar interests and passions. It leverages the popularity of photo sharing to help people form new friendships.

The founding team was inspired to create Slide as a means for people in the same location to easily interact with each other. “Slide is about enhancing the experience of being together,” Molina said. “Too often social media can take us away from the opportunity to interact with people in the same room. With Slide, friends can share pictures with everyone around them and engage in real life conversations around those pictures.”