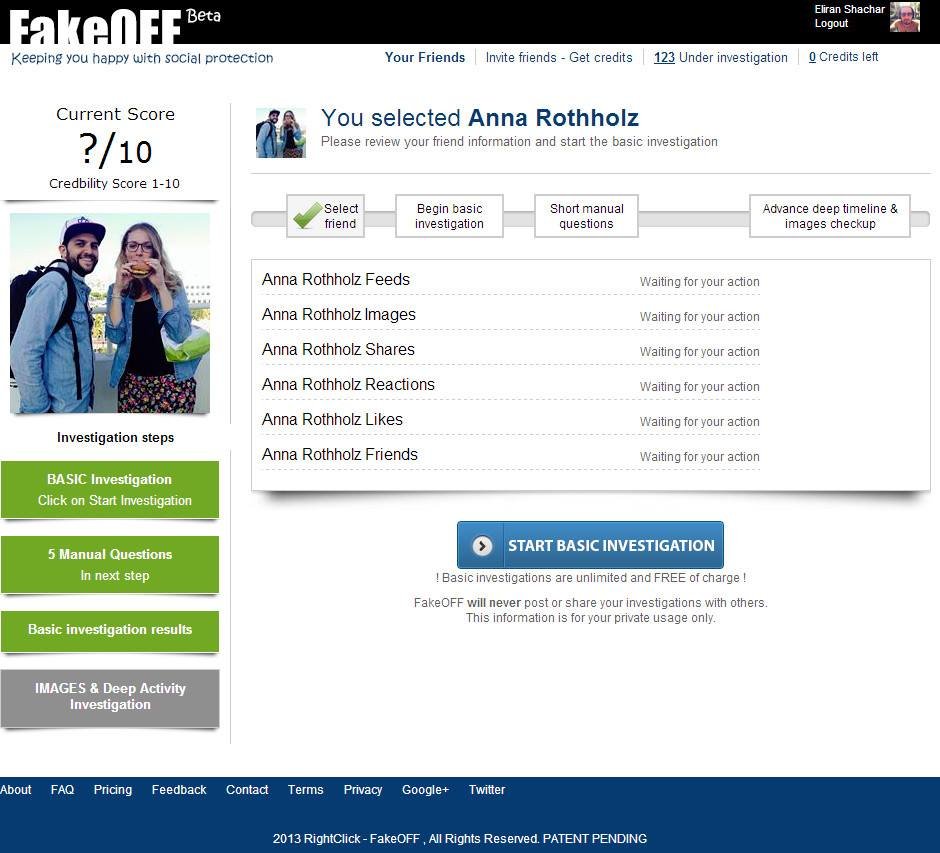 According to recent studies, between 10-20% of Facebook’s more than 1.35 billion users are inauthentic, their purported identities either wholly constructed or stolen.

FakeOFF Founder Eliran Shachar came up with the idea for FakeOFF after realizing that he himself had been the victim of fraud.

“Nothing bad came out of it,” he explains, “but even just knowing that I had let this fake person into my life gave me this sense of having been violated. It opened my eyes to how easy it is to impersonate someone online, and how many different illicit uses that ability can be put toward.”